An Open Letter to our Community,

The tragic death of George Floyd in Minneapolis, Minnesota, brings racial violence to the forefront of our country and our psyche as a nation.  While our nation and local communities have made strides regarding racial equality over the years, the reality is, our nation has a lot of work to do.  The current sadness I feel and that is felt around the nation and world is not sadness that should be present in our society. We are all and we are each better than this. Everyone deserves respect and honor as a human being.

Our school district takes great pride in serving families of many races, creeds, ethnicities, religions, languages, etc.   While we value these as strengths of our district, we continue to look for ways to respect and engage our differences. In the days, months, and years ahead, our district will need to engage students and families in exploring their own identities and learning through a lens/perspective different from their own. We must go beyond celebrating diversity in surface-level ways. It’s time to go deeper. It’s time to raise the generation that will erase the legacies of institutionalized racism.

I recently watched the History Channel miniseries on Ulysses S. Grant, it was a three day, six-hour documentary of Grant’s life, leadership, trials & tribulations. It also chronicles the American Civil War and the Reconstruction efforts in the South. Through literal bloodshed, slavery in the US was abolished and racial equality was legislated and put forth into law. In the decades that followed the US Civil War, the evils of institutionalized racism reinstituted a 2nd class society for people of color. Each time achievements were made in our nation, there were steps backward. Perhaps this is the time for us to step forward and stay forward.

This year marks the 25th anniversary of the Dual Language Two-Way Immersion, Spanish-English program in District 112. The blending of race, culture, language, ethnicity, and personal family histories serve to strengthen our schools, our children, and our communities. I’m proud to oversee an ethnically and linguistically inclusive educational program.

Standards-aligned curriculum & instruction serve to support the facilitation of balanced and thoughtful learning in all grades PK-8. Flexible changes in school boundaries and attendance centers sometimes appeared to be the greatest challenges and “problems” we faced in our district. World and national events surely put all of this into perspective as we reflect on the abundance and joy in our school district. If ever there was a time for perspective — it is now!

As we reflect on recent national events (racial oppression and inequity) and global events (worldwide Pandemic bringing nations to a close), I call upon us all to rise up above the myopic views that sometimes stifle true understanding and growth. In North Shore School District 112,  we are committed to educating each one of our students. We are also committed to supporting each member of the staff.  We stand by equity, justice, kindness, respect, and good character. It is no longer enough to be against racism and oppression, we must become anti-racist and accomplices in the fight for equality and justice for all.

Remember our motto is Inspire…Innovate…Engage through our collective efforts and unity in kindness and good we can help to create a more just and bias-free society. While we endure the uncertainty of a Pandemic and we bear witness to the tragedy of racism and systemic oppression, it is my belief that we can unite and learn and grow in partnership for the good and right!

While we commit to embedding the tenets of social justice and anti-racism in our core, we are not there yet. We have work to do to actualize equality in both action and results. We are committed to this work and to ensuring that each child is able to grow in an educational environment that is safe and actualizes their greatness. To our students and families of color, I commit to start with me. I commit to not just reflect and discuss but to act upon injustice. I commit to acknowledge the rich contributions of Blacks and Latinos in the curriculum, to both listen and to act. I commit to using my power and privilege to fight against racist policies and practices. I commit to lead a school district that pays back the educational and societal debt that is owed to you.

With hope and respect, 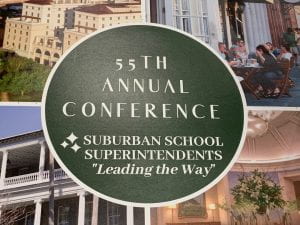 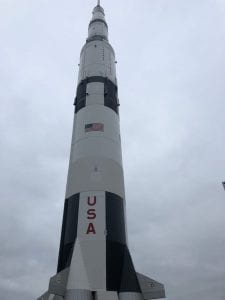